Songwriter, Performer, Entrepreneur & Father A storyteller with an infectious spirit with songs that are fun 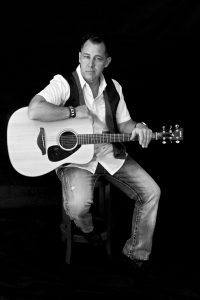 JT Manning’s music tells the stories of our lives. He’s his own man – songwriter, performer, business entrepreneur, and father. A native of Orange County, California, Manning has been described as a visionary storyteller with an infectious spirit and a warm touch. He has developed a contemporary sound that fuses an eclectic collaboration of country and pop leaning songs that are fun, memorable and heartfelt.

Manning’s newest release “Turn It Up” is receiving accolades at commercial radio and quickly rising on the national charts of New Music Weekly, Music Row, Indie World and National Radio Hits , making this his biggest chart debut thus far.  As radio embraces “Turn It Up“, their listeners are embracing Manning with his newly found success with this fun, summer loving release.

Manning’s musical influences flow from catchy hook influences of Bryan Adams to the zany fun of Zac Brown to one of the greatest storytellers of our time the great Neil Diamond. In his own words: “I love music and performing! I am in a peaceful place when I am on stage. Writing music helps me share what’s inside of me. I love to find the emotional connection and message in a song and express it on stage for my fans. I want to make a difference in the world. Writing songs and sharing them live, has been one of the most incredible outlets to put my heart on my sleeve and enjoy life with those around me.”

Manning has shared the stage with platinum artists including Leon Russell, Loverboy, Marshall Tucker Band, John Michael Montgomery, and Grammy Award winning LeAnn Womack. His frequent appearances in venues such as House of Blues, The Coach House, Saban Theatre and the world famous Whiskey a Go Go on Sunset Boulevard have earned Manning a growing, loyal and passionate following.

Most recently, Manning has had the opportunity to work with acclaimed singer/song writer and producer Brett Boyett, who’s recent credits include Executive producer & Writer to the Soundtrack for the 2018 feature Film “Forever My Girl” in addition to writing and producing credits for Cassadee Pope’s Billboard top hit “I Am Invincible”. 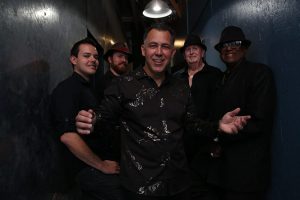 Additionally, Manning has worked closely with Bruce Vanderveer on his new release. Bruce Vanderveer is a Grammy-nominated, Sony/ATV music producer and songwriter. His records have topped Billboard charts from country music (“Cradle to the Grave” by Bettina Bush, #2 on Hot Singles Sales Chart) to K-POP (“Incredible” by XIA, debuted at #5 on World Billboard Chart). Bruce is the producer of “White Flag” and “Let It Go” from James Manning’s debut EP.

Manning described his inner thoughts on writing two of the songs on his project.

“I wrote the title song ‘Unforgettable’ about a time in my life when I was very busy but when true love came knocking, it was absolutely unforgettable. ‘To Get My Heart’ is about a deep desire and pursuit to get the one they love to connect with their hearts.”

Connect with JT on Social Media